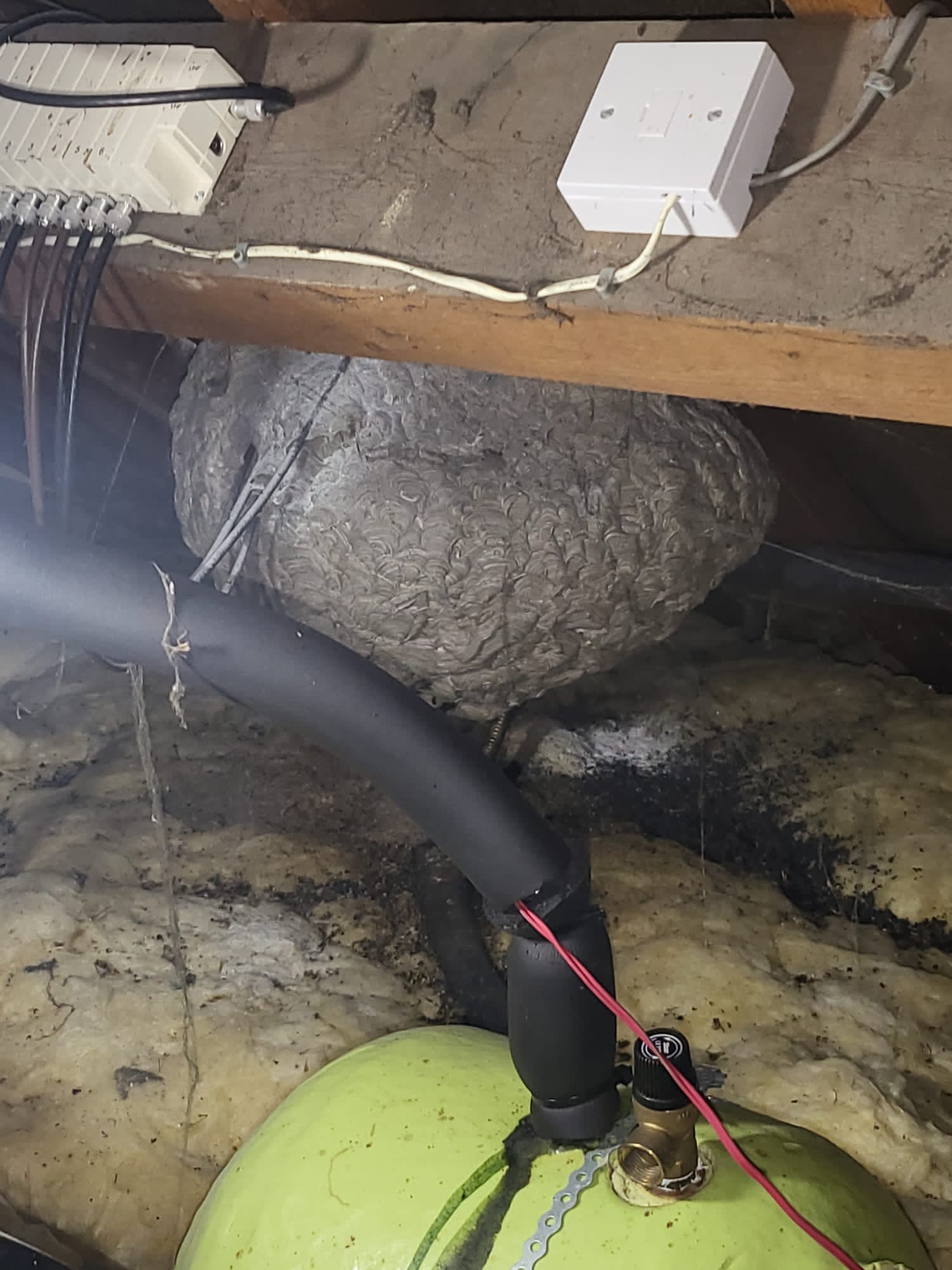 One of our Leicester technicians Terrence Shaw came across this beauty of a wasp nest last week.

This is how big a wasp nest can become if allowed to come to fruition.

There will have been thousands of wasps servicing one queen here by the end of the summer – possibly as many as 6,000 individuals.

The pregnant queen emerges from hibernation in the spring when there are insects about, creating the initial basis of the nest by chewing up wood into pulp to form the delicate paper that forms the structure.

When she has enough workers, they take on the mantel of growing the nest through the summer. You can see the perfectly hexagonal chamber structure where the eggs are laid.

A wasp nest is symbiotic through the summer months, with the workers killing insects to bring back protein to the nest to feed the grubs, and the grubs in turn secreting a sugary substance to give the workers energy.

A wasp nest is about a seven-month cycle, and the final job of the queen is to produce new queens for next year’s cycle. This happens in Autumn. Each queen can produce over 1000 new queens, which mate with drones (fertile male wasps).

The workers, drones and queen die at the end of Autumn, and the pregnant queens hibernate for the whole process to start again next spring.

The problem with leaving a nest to come to fruition like this, is that hundreds of pregnant queens may hibernate nearby, in and around your property, and you could get a much worse problem the following year with multiple nests.