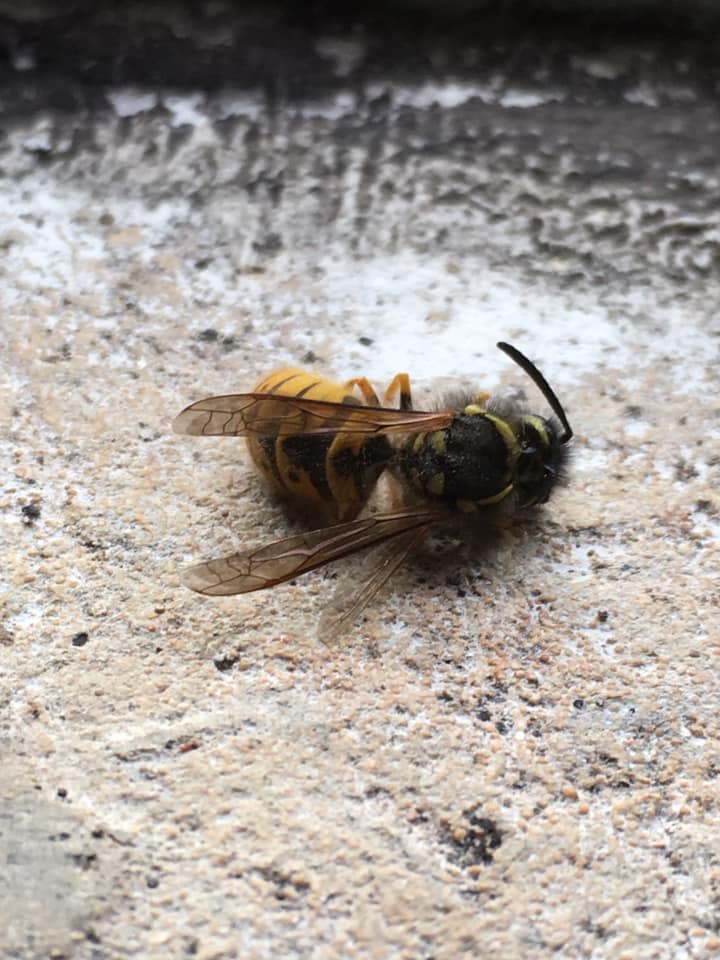 We received a highly unusual call at Pest Professionals at the weekend from a customer who said he had wasps buzzing around his chimney and coming into the house… in January.

At first we dismissed this. Worker wasps all die at the start of winter.

The last job of the queen is to produce new queens and drones. They mate, the drones die and the inseminated queens then hibernate and emerge in spring when there is enough flower nectar to give her the energy to start building a new nest and start her colony. So it couldn’t be wasps… it’s freezing out there.

Then he sent in these pictures… wasps alright.

On more investigation it turned out that the customer had started using his Aga, which vents out of the chimney.

The wasps are all queens, which have hibernated in the chimney and the warmth has fooled them into thinking it’s spring already. They will all die in the cold… but a mystery solved!!!

For our specialist wasp eradication service for business see https://www.guardianwaspmanagement.co.uk/services/integrated-wasp-management/

← Rare ‘velvet ant’ spotted in Liverpool
‘So that’s what that buzzing sound was!!’ →